A significant update to Industry

A significant update to industry, focusing mainly on Tech I ship manufacturing, will go live in the middle of April in a series of two updates. Material requirements for all Tech I ship blueprints will be updated, and new manufacturing tiers are established, making industry progression more consistent and easier to understand.

Aftermath of the Invasion

*"Over the course of the Triglavian Invasions, EDENCOM and the core empires became increasingly concerned by the threat of subversion of ship and capsule systems by the invading forces. The demonstrated ability of the Triglavians to infiltrate information networks and subvert key communications backbones raised the very real prospect of the capital ship and line battleship fleets of the empires being crippled by Triglavian information warfare. *

While the empires deployed selected capital fleets to combat invasion flashpoints, and kept large guard fleets of capital ships close to their home systems, a large proportion of the fleets were rushed into refitting programs aimed at hardening their systems against infiltration and subversion. Additional refitting was also carried out to enhance crew survival systems, improve reactor core temperature regulation, and enable increased power utilization of empire naval vessels.

Developments in these technologies were shared across the empires through the EDENCOM alliance, and inevitably some of the new resource extraction and manufacturing technology also fell into the hands of criminals and pirates. All ship designs are undergoing extensive upgrades to guard against subversion by the Triglavians in the uneasy aftermath of the invasions and the formation of the Triglavian region of Pochven." - Olivera en Zakali, Placid GalNetNews

A significant update to industry

The path for aspiring builders in New Eden will be clearer than ever – so if you have ever thought about getting into industrial production, this is a good time to start! In addition, experienced builders will have a new set of challenges to rise to in their field of expertise. 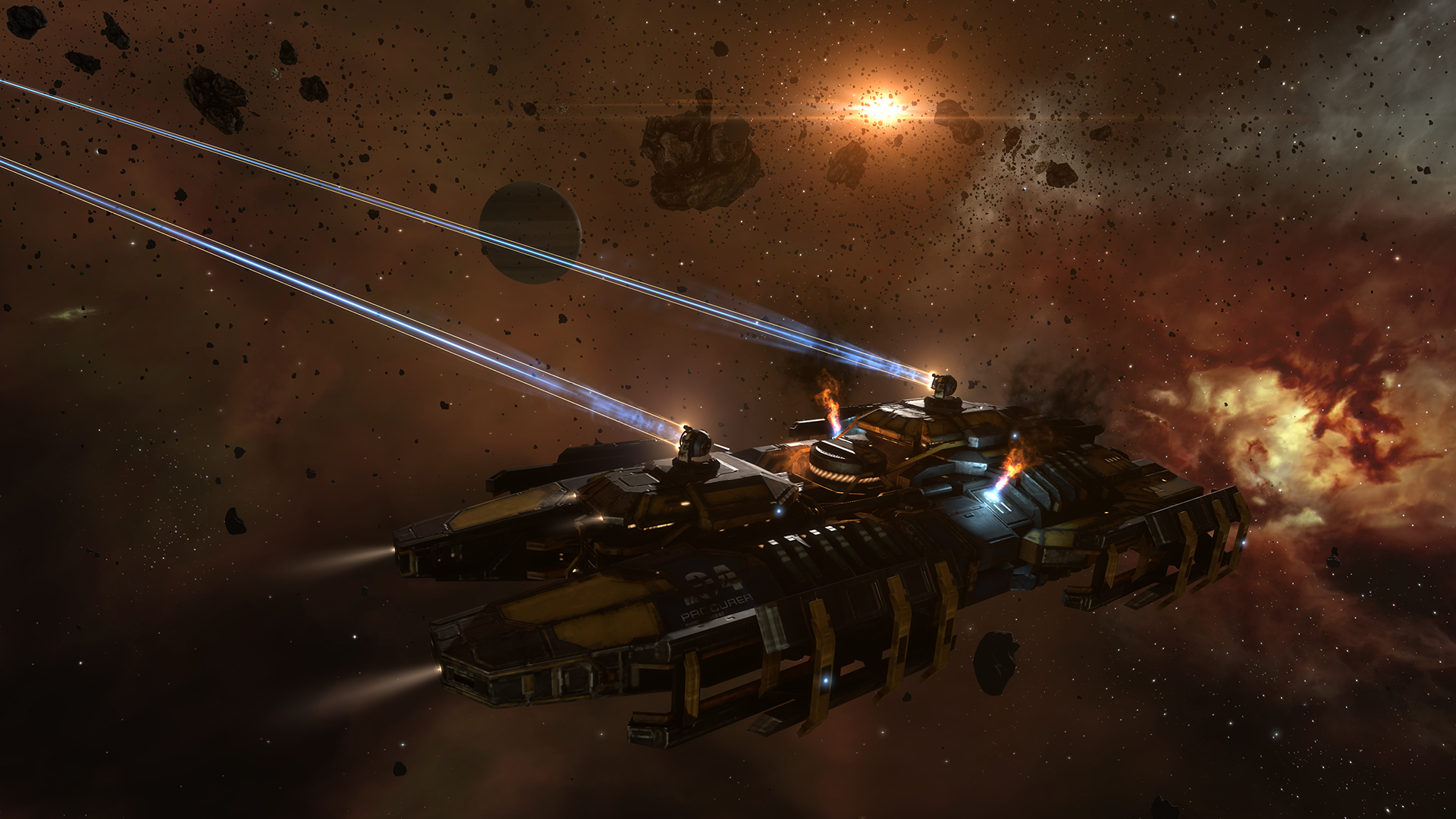 Requirements for a given ship will be determined by a variety of factors, including tech level, ship category, hull type, size, and purpose, among other things. Based on these factors, each ship will be given a tier, and their material costs updated accordingly.

These changes will: - Create more robust and interesting manufacturing progression - Allow for better compartmentalization in the manufacturing process between subcapitals, capitals, and supercapital ships - Revitalize the importance of R4 moons - Normalize the value proposition between different activities in EVE - Increase the importance of wormholes and allow wormholers to be a catalyst in New Eden's environment - Positively impact capital proliferation without a significant impact on subcap markets - Impact the whole economy of New Eden, such as the pricing of a variety of items - Lay the foundations for future resource distribution

The new reactions and blueprints for component construction will be available via NPC markets. What’s more, reprocessing material values will be updated for subcapital ships as well as for existing capital components.

This update will be split into two different phases in April. The first update will distribute the necessary blueprints, reactions, and components that will become a requirement in ship manufacturing. This will allow for a transitional period before the second update goes live a few weeks later, when these components will become required materials in ship production.

You can view the changes in more detail here and we supplied the preliminary SDE for the release to facilitate the transition ahead of time. This new update will be expanded to all Tech II ships in the future.

Due to the nature of the manufacturing changes, which include introducing Mycoserocin gas as a required material in some ships, the potency of all Mycoserocin booster products is being doubled.

In addition, the distribution of Mycoserocin gas clouds will be greatly increased and will now be included in all Lowsec systems, as well as select Nullsec systems. 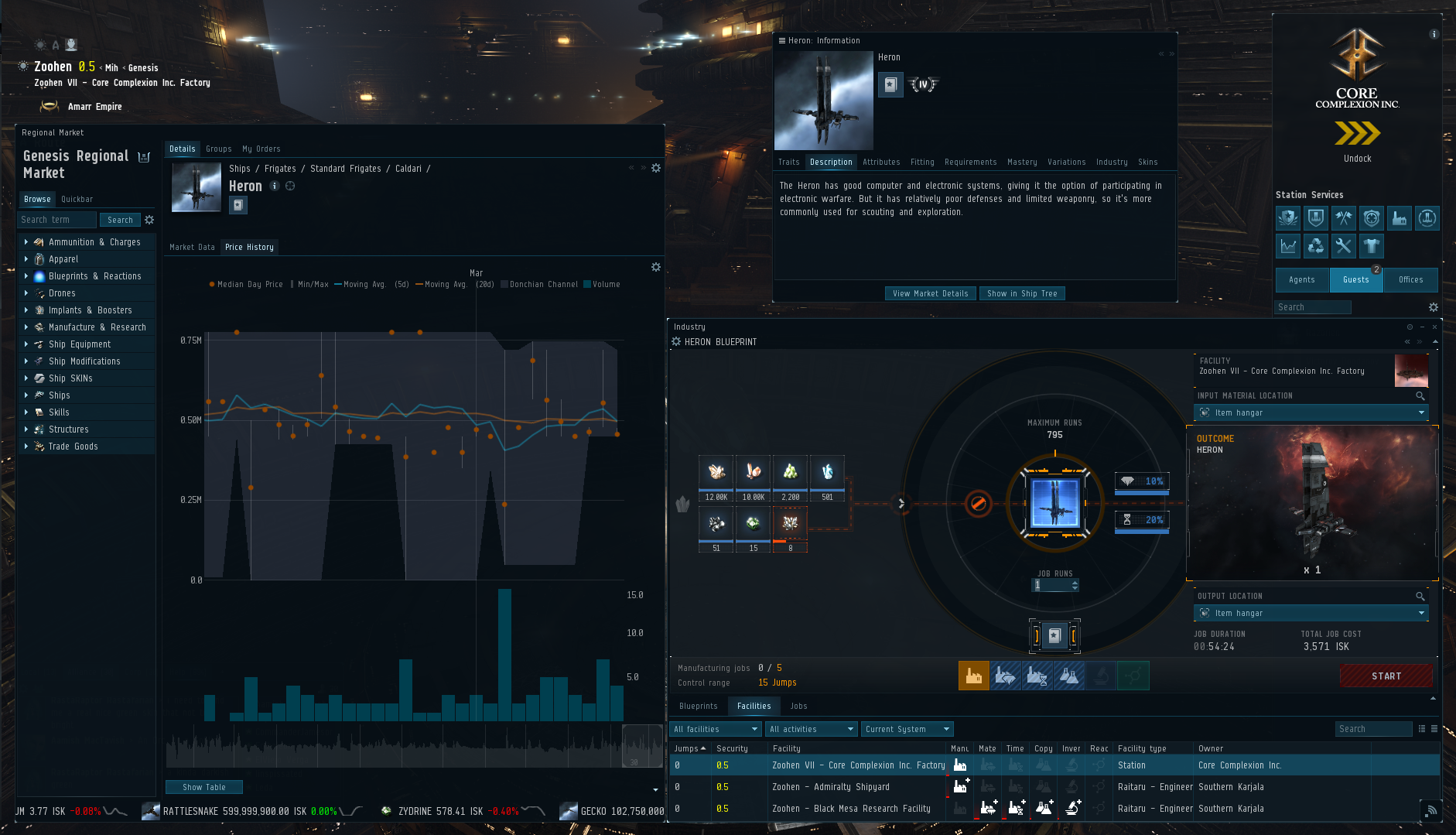 EDENCOM module blueprints will also receive an update, with an overall reduction in the materials required as input.

The Dynamic Bounty System will also see an increase in the average bounties across the universe.

Finally, the Encounter Surveillance System will see an increase in the time to autopay contributors, as well as a decrease in time required to link to the main bank.

As was discussed in the EVE Online Ecosystem Outlook blog from last December, 2020 was a year of rebuilding - with a focus on the long-term health and sustainability for EVE, ensuring that player choices matter, that loss has meaning, and that New Eden becomes a dynamic and ever-changing place.

This update to manufacturing, as well as the large increase in availability of Mycoserocin gas, is the start of a new era of resource distribution, using the new manufacturing requirements as a driving force. Just like the Dynamic Bounty System has been updated based on player feedback and interaction, the industry update will follow the same path and include the community in the process.

There are more things around the corner. The mysterious keys to ESS Reserve Banks – which have been a source of a lot of speculation - will become available in Quadrant 2 of 2021. With more than 8 trillion ISK sitting in bulging bank vaults across New Eden, the race is on to see who will prevail in the struggle between the producers of wealth and the pirates who want to steal it.

A new intel tool is also coming to New Eden in the next months, one that will offer novel defenses against covert operations in New Eden.

Once these changes are live, focus will go towards capital mining as well as the risk-reward-attention trifecta of Nullsec combat anomalies to seek opportunities around incentivizing high-risk, high-attention gameplay such as capital ratting. 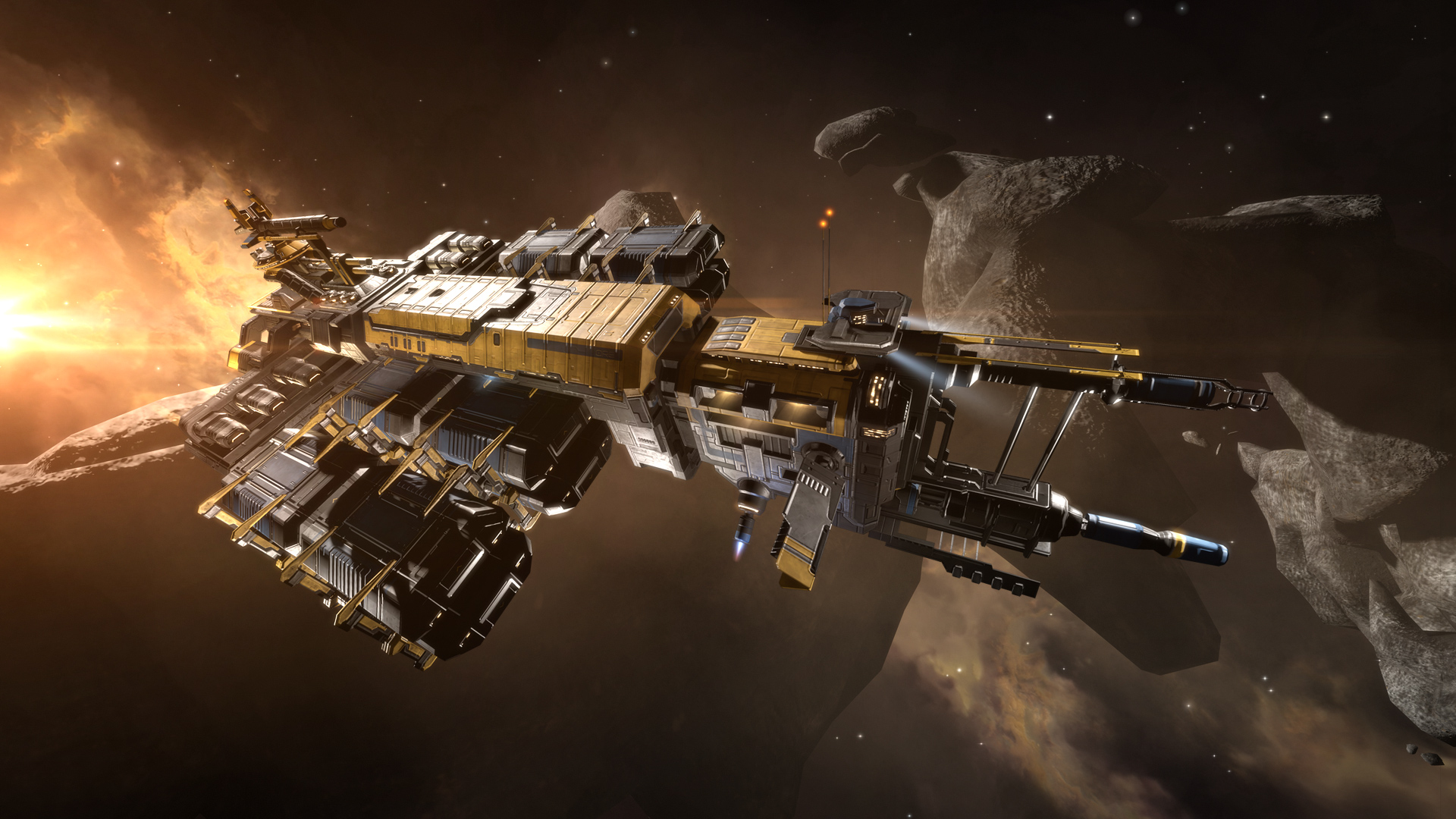 This new update, as well as an in-depth look at the EVE Ecosystem will be the topic of a CCPTV livestream on Monday 29 March at 17:00 UTC. We will be joined by members of the Ecosystem Team and we invite the community to submit their questions in advance and vote on the questions submitted by other players here.

To join the player discussion about the above upcoming updated to the industry, please head on over to the official thread on EVE Online forums.