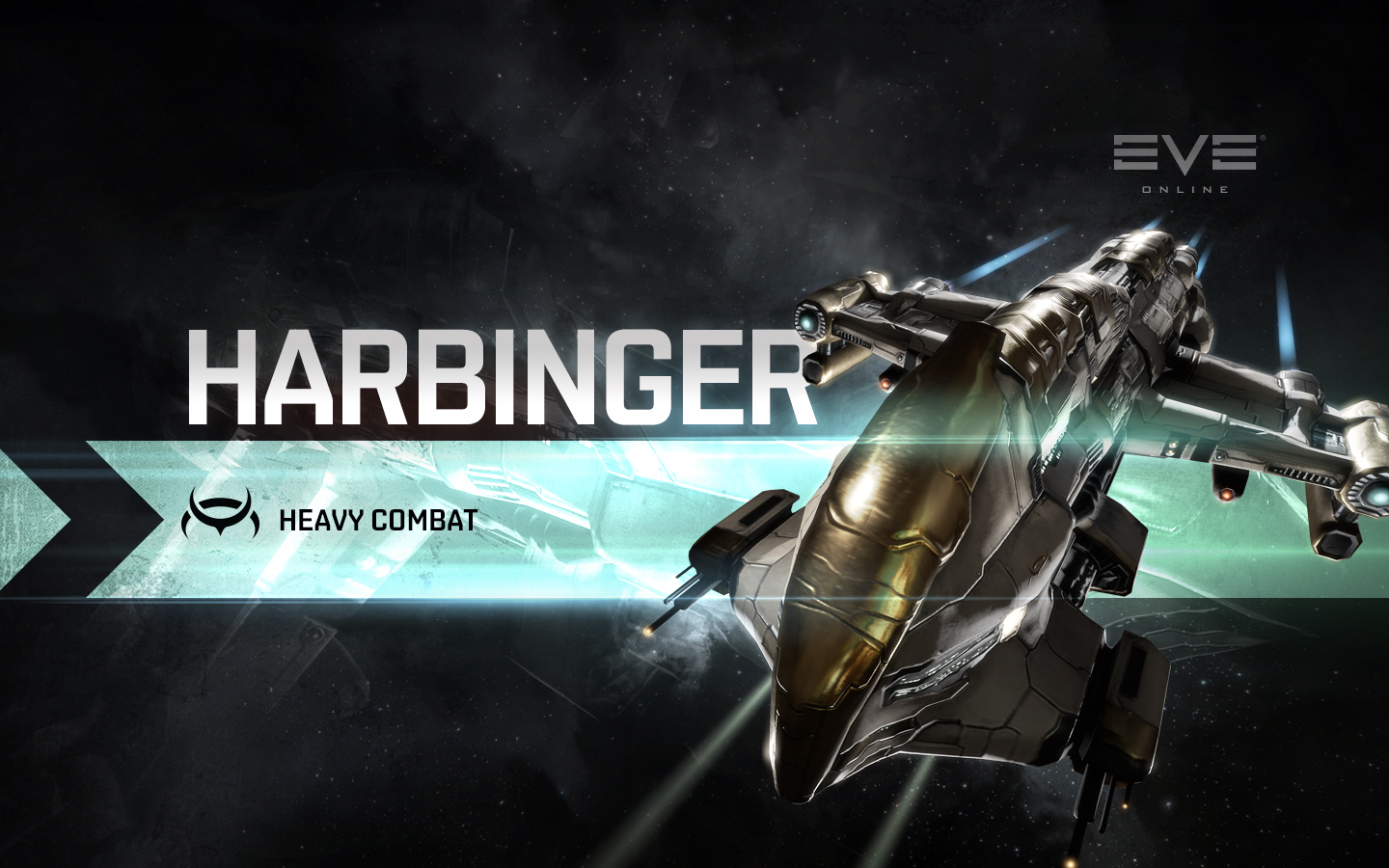 Today’s Alpha Ship Spotlight is focused on the Harbinger class battlecruiser, which serves as one of the Amarr Navy’s primary heavy laser platforms.

Designed almost perfectly to be the baby brother of the Abaddon class battleship, Amarr starship engineering principles are seen at work in most of the Harbinger’s attributes. Heavy armor, a strong line up of turret hardpoints, and systems that give sizeable bonuses to damage and weapons efficiency make the Harbinger a lethal damage platform.

Seen by Amarr officers as a solid solution to ever-increasing numbers of hit and run attacks against Imperial Armed Forces assets by the Republic Fleet, the Harbinger is designed from the keel up to scorch heathens from existence.

Anything that remains is usually dispatched with ease by a compliment of drones.

(Per level of Amarr Battlecruiser)