Type DeadSpace
Target Fly as deep as you can into the deadspace area, then report back to your agent. Once you encounter a fleet of battleships, disengage and retreat back to your agent.
Steps 3
Mission briefing The captives you rescued in your last mission have told me their tale. Although frightened and quite traumatized, they've told me how they were captured by Amarrian 'thugs' and forced to board their industrial. Right after their settlement was hit by Caldari mercenaries who disabled their communication devices.
More importantly, they were told that they would be transported to 'labor camps' where they would spend the rest of their life 'if they didn't behave'. This is a clear sign that Amarrian slave traders are somehow involved. Why we do not know yet.
I would like you to do a reconnaissance mission into the deadspace area you were sent to in your last mission. Investigate what lies inside; Where are they taking these people? Report to me once you have accomplished your task. 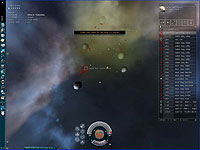 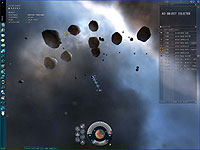 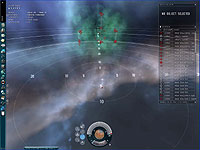 Tuke
1:54am 2007 Wednesday 27th June 2007 Can you take on the BS in the last room and survive?
dilettantedude
4:13pm 2007 Saturday 10th March 2007 The spawns are much more numerous than in the first edition of this mission. You will have to warp through 3 gates. At the last gate, be sure to have your destination set, as the instant you warp through the gate, your journal will update and you'll need to get out fast. You don't have to kill anything, just run.
SSgt_Sniper
8:28am 2007 Monday 22nd January 2007 mission way different.... to start with all the names have changed to very asian sounding names, including the amarr. Where all the griffins USED to be, there are now flycatchers.

The Amarr classes are now changed to resemble names that sounded very religous based. Also there's a second cruiser, Imperial Donus, in the first area. The flycatchers seem to have a goodly amount of dps as well.


The Caldari cruiser that used to be a Moa is a Blackbird, although with an odd name, Shakiro or something like that, and can spam missiles almost as well as a Caracal for some reason.

Loots are negligible, unless you are like me and collect dogtags. :


Leonassan
3:14pm 2006 Wednesday 15th November 2006 We did it last night with 3 megathrons and a prophecy. None of the NPC's scramble so it's not too hard to hit and run them to death. The loot really isn't worth it unless you like trashing your amarr standing for tags.
Unholy Qabalist (Bfz)
10:34pm 2006 Monday 6th November 2006 This mission is pretty cut and dry, and i doubt it will ever see much of an upgrade.. but it is worth noting that there are often 1 to 3 VERY large rocks of omber which will yeild 60 to 80k units each, a very nice haul if you cant get much good omber mining in your area