Type DeadSpace
Target Kill all NPC's
Steps 2
Mission briefing We have an unfortunate situation on our hands. One of our officers has apparently been targeted by a Mordu's assassination squad. We aren't sure who hired them, but we suspect that it's an internal dispute, i.e. they were hired by someone inside the Gallente Federation. We need the bounty hunters eliminated ASAP, before they are able to do any permanent damage. We would rather that the Gallente Federation's good relationship with the Mordus Legion will not be tainted by this incident, so keep it clean and leave no evidence of the battle behind if possible. The Mordus Legion are a powerful mercenary organization that we sometimes rely on, but obviously that does not deter all of their members from targeting our people if the price is right. 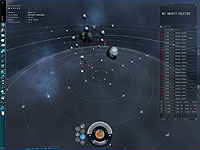