Type DeadSpace
Target Kill all NPC's
Steps 3
Mission briefing We have a bit of a problem on our hands with a recently fired employee of ours. He was working as a deep cover agent for us, and now he is threatening to release all the information to DED about what we have been doing. We cannot have this happen. If he does make it to the DED headquarters in Yulai, Caldari Navy will face serious repercussions. Eliminate this threat as soon as possible to ensure that he doesn't get the information to DED agents. I'll put into your way-points where he was last seen. Return here and let me know that he is dead. 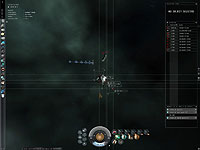 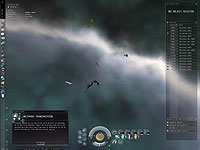 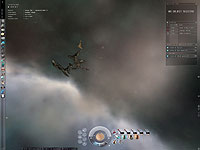 
jarrettmeyer
1:12pm 2006 Thursday 23rd November 2006 The mercs in stage 2 will continue to spawn, even after the mission is completed. You'll get another fighter or elite fighter every 4 minutes or so.

I went back with Indy lootship. That was bad. Fix those tractor beams to your cruiser instead.

Every merc dropped something. Total drops were an additional 400k ISK from refining or selling the loot. Pretty good for a L2 mission.

prokonsul_piotrus
6:51am 2006 Thursday 23rd November 2006 Difficult mission for a close range frigate, suggest you go in a different fit - probably a cruiser :) Mercs always leave loot, sometimes nice, but the best part is on the last (very easy) stage - blow the habitation module for likely hardwire implant (you get one at least 80% of the time).