Type DeadSpace
Target Kill all NPC's
Steps 2
Mission briefing We've just been informed of an official complaint from the mining division working in one of the asteroid fields in ***, about their haulers being attacked on sight by roaming rogue drones in the area. At first it started with just a few unsuccessful attacks, but the situation has worsened greatly and the hauler pilots, along with the miners themselves, are on the verge of a strike. This is the perfect opportunity for someone like you to take care of business and earn your reward, ***. I'll supply you with a bookmark to the location of the asteroid belt, eliminate the rogue drone threat there and then report back to me.

Please note that this mission requires you to use acceleration gates. Please use them to get farther into the deadspace pocket to eliminate all of the drones. 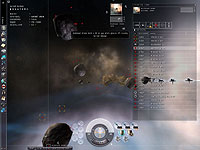 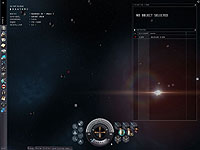 Arcalane Celso
9:31am 2007 Wednesday 16th May 2007 If you linger too long in the first room, 2 Destroyers (Marauder Alvior) and a Frigate (Strain Sunder Alvi) may spawn near the asteroid colony. The Frigate isn't a hazard, but the Destroyers will probably try to kite you at 15km (thus out of range for most destroyers or frigates), and can lay out some serious hurt if you're in a Destroyer, so be careful!

Other than that, it's a cakewalk for a decently skilled Coercer pilot.

A Decimator Alvi may spawn as you polish off the Destroyers, so stay sharp and pop it.

Scoop up as many minerals as you can. They'll add a nice sum on top of your mission reward if you work for an industrial corp. ;)

Reward off a Quality 0 Agent with no modifications or skills was 115k base, 115k bonus. :)