Type DeadSpace (combo)
Target Kill all NPC's
DropOff 40 Militants (80.0 m3)
Steps 2
Mission briefing We've spotted an unauthorized Blood Raider personnel transport ship flying through Sasoutikh. Cargo scanners revealed a load of militants on board, no doubt a part of a ground force intended to strike a target near here. We don't know where they are headed or what they're up to, but we definitely want to find out. I request that you intercept the transport and capture the men on board. Bring them back to us for questioning.
We believe the escort team is split up into a few groups. If you strike fast and hard, you'll probably avoid getting swarmed by them all at once. Just keep a look out for any stray ships, we don't want them escaping back to their homebase to report the incident. 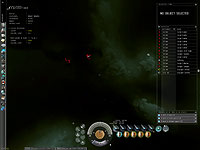 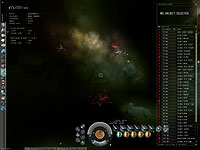