Type DeadSpace
Target Kill all NPC's
Steps 3
Mission briefing Aye I do, ***. We got reports of a Sansha patrol in this sector. Our surveillance patrol reports they are scouts providing intel back to their leaders for a much larger raiding party. We cannot have them discover our weak points or gather any intel on our convoy travel routes. Teach them a lesson for us, ***. 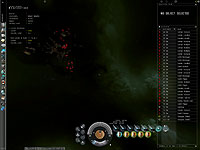 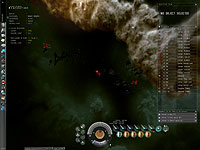 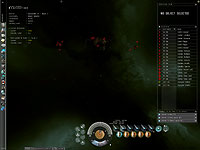 Seriously, if you can do this to a Raven or a better ship, there are maybe 2 level 4 missions, where you need to warp out....and this mission definitely isn't one of them.

The Shield Booster is a really good one but I hardly used it. Didn't use the drones much either.

Other than killing a few 500k BSs, this is a level 3 mission,

The distance between the gates is fairly long, and in a BS it seems to take forever to get to the next step.

Happy hunting.
Betray
11:19pm 2006 Wednesday 27th December 2006 This mission is not hard...for me at least...as long as you stay out the range, those laser won't really touch you. But it took me a while to take care all of those cruisers...too much=\(I just started lvl 4, which is much tougher compared to lvl 3=\)

and I just warped out and exited the game...reason? body is twiching...need a break:)
The Shadow
5:28am 2006 Wednesday 27th December 2006 Finished with Raven with EM cruise.
3rd Stage

No agro on warp in.
Agro'd right group and other two groups did not agro so you can pop the frigs no problems.