Type Kill
DropOff 60 Marines (120.0 m3)
Steps 3
Mission briefing We've spotted an unauthorized Guristas Pirate personnel transport ship flying through ***. Cargo scanners revealed a load of militants on board, no doubt a part of a ground force intended to strike a target near here. We don't know where they are headed or what they're up to, but we definitely want to find out. I request that you intercept the transport and capture the men on board. Bring them back to us for questioning.

We believe the escort team is split up into a few groups. If you strike fast and hard, you'll probably avoid metting swarmed by them all at once. Just keep a look out for any stray ships, we don't want them escaping back to their homebase to report the incident. 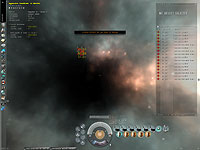 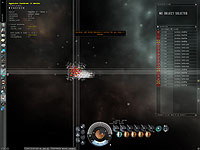 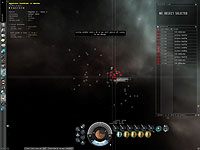 Kaastosti
7:06pm 2006 Thursday 28th September 2006 Just encountered something totally different. First stage is a walk in the park, made me think it was a lvl 2 mission... the second stage however mostly had corpum, corpus, corpii etc. rats.

Which mean you have to pack some EM and thermal hardeners. There was also 1 BS that did 300 kinetic dmg, so one of those couldn't do any harm.

There's all most vulnerable to EM dmg.

AT
11:12pm 2006 Wednesday 12th July 2006 Hi there - just did that one and there is no change to pre-patch. Pretty easy missiion for all who have never been in - just make sure you can tank and warp out if necessary. You should be able to deal the ships on after one ...