Type DeadSpace
Target Kill all NPC's
DropOff 50 Amarr Light Marines
Steps 3
Mission briefing It has come to my attention that another agent within Federation Navy revealed a sizable deadspace area inside *** that has apparently been claimed by the Amarr - Caldari alliance. Apparently what he found in there was more than he could handle, so it has fallen to us to resolve this critical matter of national security.
Your first task is to infiltrate the Amarr slave compound and destroy the fleet guarding it. The previous agent with this assignment had discovered a secret entrance into the complex. However due to his bungling the Amarr forces now know about this 'hidden' route and therefore it's pointless to use it. Instead I want you to fly in there through the main gate and attack them head-on. You should be experienced enough to handle 'em, although I do of course recommend bringing some backup with you. 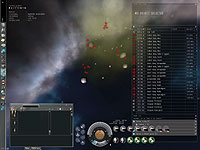 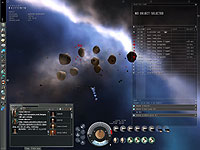 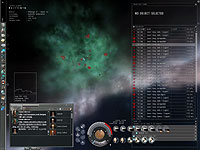 torpedo
1:57am 2008 Monday 7th April 2008 I left two BSs for last and they didnt drop the marines. Had to go back because an amarr navy maller dropped the light marines early in to the 3rd leg of the mission.
destructor1972
SW, UK
3:30pm 2006 Tuesday 29th August 2006 On step 3, the Amarr Navy Jaker group does indeed hold the 50 Amarr Light Marines you need.

It seems that the last npc you destroy of this group will drop them, so it may not necessarily be the jaker. Just depends on what order you pop them!

This also means you don't have to kill the remaining groups - not unless you just want the dog tags they drop - to complete the mission.

Discorded Apple
Melbourne
11:15am 2006 Sunday 16th July 2006 I found that the 'Amarr Navy Jakar' dropped the marines i needed to finish the mission.