Type Kill
Target Kill all NPC's
DropOff 1 Data Sheets (0.1 m3)
Steps 1
Mission briefing A bold thief just got away with an audacious burglary at the system ***. He stole documents of critical importance to us - he probably intends to sell them to one of our rivals. These documents must be returned to us as soon as possible and I think you're the person for this job. We have the approximate location of the dastardly thief and I want you to go there and take care of him. Once he's been dealt with return the documents to me. I suspect he will not linger long in his current location, so you must hurry before he gets away. If you complete the job within the hour you'll get a cash bonus and a splendid piggy bank as an indication of our gratitude. 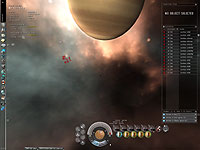 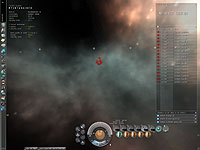 Otherwise you will face a world of hurt!

For more information on the new one, see the Sansha version.

it's been a mercenary spawn for a while now.. they scramble and they come up with 6 battleships..

BarmaLINI
7:03pm 2006 Tuesday 11th July 2006 I wanted to inform you that the NPC types are different from what you state on the missions pageShadowleague

this mission have more that 20 variations

Shadowleague
4:17pm 2006 Tuesday 11th July 2006 I wanted to inform you that the NPC types are different from what you state on the missions page, the agents extra info states the following: