Type DeadSpace (no gate)
Target Kill all NPC's
DropOff 50 Prisoners (50.0 m3)
Steps 1
Mission briefing We currently have a rogue slave trader on our hands, ***. The Sansha's Nation has apparently dispatched a group of their own to Ambrye to look for potential victims. They've been raiding outlying settlements, which have weak security systems in place.
Our primary objective right now is to get back the people they've taken captive. We think we've located their slave pen in ***, but it's your job to make sure. Destroy the structure and rescue the slaves if you can, then report back to me. We'll deal with these slave traders later. 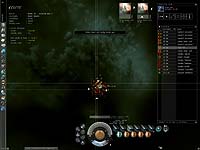 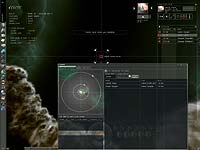 He dropped some reasonable loot...Interstellar Artois


Done this mission three times this past week. The Slaver hasn't left anything in his wreck at all, reasonable or otherwise. He salvages well, but I think the latest patch removed his loot. Or I have crap luck. Both?


When you accept the mission it says re-inforcements will arrive. This is:

He dropped some reasonable loot...

I used Warp in / Warp out / BM technic to separate the different rat then snipe from 100km with my tempest, starting with the SHANSHA. Not too difficult mission.