Type Kill
Target Kill all NPC's
Steps 5
Mission briefing We've been encountering a tremendous amount of pirate activity in *** lately. Our convoys are constantly under threat, and our CEO, ***, demanded that we do something about the situation. He requested that we hire trustworthy and competent mercenaries to help us out, as the security forces in this constellation are swamped with work. So I ask you, ***, will you help us out this time? If your answer is yes, then I have a difficult assignment for you. I need you to eliminate a heap load of pirates at a few coordinates. You will receive bookmarks to these locations, all of them within the system ***. Hopefully this will put a dent into their plans, and relieve our security forces a bit of their workload. 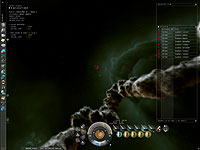 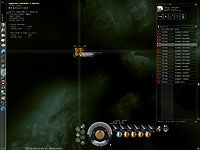 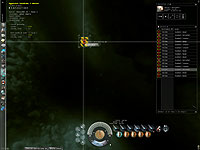 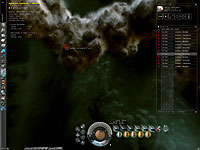 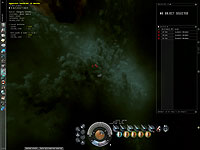 MotoMissiles
4:53am 2007 Thursday 18th October 2007 Load up on Em and Thermal resist, and they can't touch you. My raven (2x thermal and EM active hardeners) had to activate it's shield booster twice. For all 4 rooms.

Let your drones tear apart the loyal ones, launch EM on the rest.

If you need to warp out of this mission at any point, you need to go back to level 3's for a while.

Very easy if you tank em and therm to the gills.

two groups - but they seem to agro at the same time.

They do NOT attack upon warp in.

They dont attack upon warp in.