Type DeadSpace (no gate)
Target Kill all NPC's
DropOff 1 Special Delivery
Steps 1
Mission briefing Nice of you to drop by, ***. I was wondering when you'd show up. *** has a slight problem on its hands. One of our agents sent a certain mercenary on a very important courier job, to deliver an item of great value to our headquarters. This was a few weeks ago. Now, this mercenary never showed up at his destination. At first we thought he had simply run off with the goods, but upon further investigation that was not the case. His ship had been destroyed, and we found clues at the site linking the crime to a certain pirate, who also happens to work as a bounty hunter. I have no doubt that some pirate organization put him up to it, but that is of little importance compared to retrieving the item that was stolen. Now we looked up this bounty hunter and we discovered something that will interest you, no doubt. What we found was that he is currently on an assignment to kill none other than you, ***. Who hired him we do not know, but considering your past I'm sure you have a few suspects in mind who might pull something like this off. Now that we have a mutual target, I thought, 'why not ask *** to take care of the job?'. And here you are. By doing this assignment you are in fact killing 2 flies with one blow. You will rid yourself of a pesky rat who's on your tail, and you will retrieve the item that we're after. I'm sure you're willing to get the job done, are you not? I will upload his current location into your NeoCom, he's out in *** hanging around a casino which he frequents. He's a tough nut to crack, so bring backup with you just in case. This is an important mission, which will have significant impact on your faction standings. 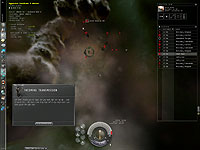 Bearmi
4:10pm 2007 Saturday 1st December 2007 I just had the Taisu Magdesh version. The only difference I noted was that there were 2 Tower sentries.

That's because you got the L3 version. :P

darkd
11:34pm 2007 Saturday 26th May 2007 Seems there are very different plots. i just did this 1 and dodn't even have a bs or guns. Just 2 cruisers and 4 frigs.
Mad Jock
Scotland
4:01pm 2007 Tuesday 13th March 2007 Just completed this against Taisu Magdesh. Had to warp out a few times but before my first warp out I took out the merc wingmen just in case of them warp scrambling me.

Loot = Few mill but nothing special, and the reward was crap too. Not too impressed, especially since previous posters were getting quality loot.

BarmaLINI
7:39pm 2007 Tuesday 6th February 2007 BarmaLINI : edited : revelations patch
add alternative : Tauron
Dnaltrop Nogero
10:15pm 2006 Saturday 16th December 2006 Just got Tauron, he's firing Paradise cruises.
Lanmate
United Kingdom
8:18am 2006 Wednesday 8th November 2006 I just had this with a Boss called Tauron, he also is fast, gets in close but i dont have any stats to speak of, the damage is high safe to say.

He moves fast - maxspeed of 2000 m/s, gets into range almost simultaneously with the Overlords, deals explosive and kinetic damages together with Devastator Cruise missiles. Can warpscramble at 20k with 2(!) points.

I did this mission with 3 characters utilizing the fact that there is no gate - warped 1st char in at 100k in a shuttle, got blown up, warped 2nd in a tanking geddon at 100k from 1st char and started moving away aligned for a warpable object, warped 3rd char in gankgeddon and took out the wingmen, then the overlords (meanwhile i docked the 1st char and came back in a ferox), then the mercenaries, then Taisu Magdesh.

Bear in mind that all rats switch targets. I am of the opinion that in this mission quick damage is your friend much more than a solid tank - the firepower is just too much.

Loot unimpressive, but reward was a Zainou "Gnome" KTA1000 - lowers cpu of launchers by an undescribed amount - i'm guessing 5% as the regional price for the hardwiring varies from 60 mln to 150 mln isk.

presidente
2:43pm 2006 Tuesday 3rd October 2006 I had the Ratha Niaga mission. Quite tough ... with a BRUTIX ;-)
Nothing changed so far. Loot was not so special. But the reward was awesome: a 130-200 Million implant. Not bad. Had to work out a strategy to clean up that complex. Warped in at 100km, got full agro and catched the scrambling/webbing Wingman first. But don't feel too much save at this position. All ships approach very fast. Agro was quite heavy for a BC with Repper II. Thrill: couldn't kill all Wingman and fortunately the last one was just webbing. Had some t2 fittings and one faction hardener on board. Had to warp out a few times when Armor was down and to get new drones which I couldn't call back fast enough. Next warp in to 15km to leave the 100km posse behind and to shoot down the Sentries now. Again firepower was too strong for "camping while repping". Next warp in I intercepted the commanders. Last warp in I made a death deal with those hard hitting Overlords. With Drones, 90% Webber and Antimatter at 9km no problem now. The final showdown with Ratha Niaga was fun. BRUTIX versus [C]RAVEN. The guy went on escape course but with 144m/s only. ABII and Repper II active and ready for chase. Got him down 240km later. Mission accomplished.

I'm some kind of advanced noob with 7 Million SP with focus on Gunnery, Drones etc. Skills for a strong BRUTIX handling. I am not that kind of clone which likes to have a BS asap. So my major training target is to accomplish l4's to figure out the limits of this med/close combat beast. I am sure that I can deal with most of the l4's except the very brutal ones like Worlds Collide or Mordus Headhunters. I am not at t2 hardener level yet and I am thinking about some other faction fittings for max. thrill.


starbringer
2:56pm 2006 Monday 14th August 2006 just had a variation - instead of Ratha Niaga there was a Taisu Magdesh - most significant difference - the cruise missiles are explosive (375HP) and he orbits very close

and one more comment - the Mercenary Wingmen do warp scramble