Type Kill
Target Kill all NPC's
Steps 5
Mission briefing I just received a transmission from reliable sources that the Sanshas Nation is planning a raid somewhere within ***. We know that they will strike sometime in the next 24 hours but that's about it. Now we'd like to be ready for them, we've already organized a few teams of mercenaries who are supposed to guard checkpoints near every stargate of this system, to insure that the pirates won't slip past us. I'd like you to set up a blockade near one of these checkpoints, ***. Gather everyone you can muster, I expect you to hold the area against any hostile ship that gets through that stargate. I'm counting on you! 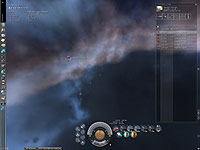 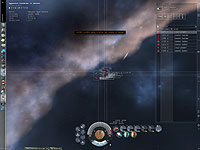 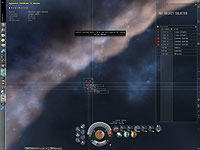 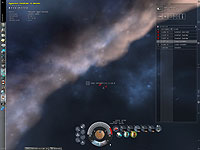 
The mission briefing is as follows


Mission briefing
Pirates have set up a blockade near a hidden stargate in Danera, and are swarming over any passersby, which are mostly merchants and civilians. Pirates tend to create these temporary blockades at ill-defended stargates, usually ones which have been set up by civilians and are not guarded by our forces. But we still have an obligation to protect the citizens of Arniri. Therefore I want you, Epais Tete, to fly to the stargate and eliminate the illegal blockade.

Grauw
4:24am 2007 Monday 22nd January 2007 To quote fischsemmel from the Guristas version of this mission:
"This mission involves several waves of SWARMS of [Sansha] destroyers, HACs and BCs."

Lots of isk from bounties, but didnâ€™t really get good loot.

Tip of the day: do NOT warp to 0, or you will end up right next to at least half a dozen cruisers and a stasis tower that webs you, and they hit hard. 30km or so instead will work.