Type DeadSpace (combo)
Target Kill Overseer
Steps 5
Mission briefing I have reliable reports that the Sansha's Nation has been gathering in a remote area within *** in preparation for a massive attack against a heavily armed convoy of ours scheduled to leave for Yulai in a matter of days. It may be the direct result of our attacks against their forces in the frontier, an eye for an eye sort of thing. But either way, we want you to deal with the problem. We don't expect you to obliterate all of their forces, it's just too much put on the shoulders of someone like you. But what we do expect is the assassination of the overseer inside the Sansha complex. Those things are extremely reliant on authority figures. If the overseer is out of the picture, his forces will most likely crumble, at least temporarily. I expect the overseer to be well hidden within the complex, so it's up to you to find him. It's not located within deadspace, but it is linked by a number of gateways. If I had a bookmark to his specific area I would hand it over to you, but unfortunately I don't at the moment so you'll have to find it on your own. Good luck. 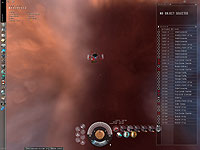 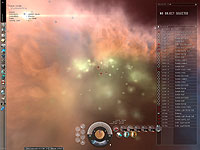 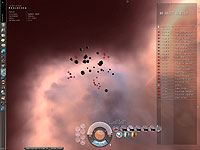 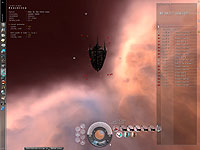 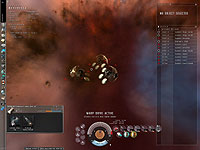 Maybe they refused to insure him after all the raids...grunthos

ypsilon
10:46am 2007 Thursday 5th July 2007 I've run this mission 4 times now and have never been able to find the silver tag :(Minnanon
Yes, can someone please explain where this silver tag is?


it's in your local market.

Maybe they refused to insure him after all the raids...

Killed the Sansha Battle tower with my Rokh, that I brought up for that purpose -- did the mission with a Ferox

Only 8 misc crappy stuff, and no reward for killing it. -- took 1/2 hour I think as I was gathering up tax stuff and only came back to activate missiles after reload

toface
11:15am 2007 Tuesday 20th March 2007 Mmm, after getting that nice implant worth over 20 mil. in the last room, I thought I'd wait respawn after downtime. The gate just won't appear. And now I lost my bonus... Am I too hungry?Tendrick

I've done this mission well above 10 times since revelations, and even more before revelations.

There are three major changes in revelation.

1. All buildings always drop loot. Neither the Battletower nor the Sansha Gardens give any loot worth firing cruise/heavies/hybrids/projectiles at, but they DO drop loot. If you're a drone ship or a lasership, it might be worth the time just to see if you can get something nice, but isk/time for this mission drops considerably if you do.
2. I ALWAYS get a random +3 implant from the bonus stage overseer structure. This makes it one of the most lucrative lvl 3 missions ever, especially since the tag is NOT destroyed.
3. The last stage before the bonus stage does NOT respawn anymore, nor does the bonus stage. No4 used to have an insane respawn time like 30-60 secs or so, but now I've been there for more than 10 minutes, and no respawn. The bonus room has never respawned. I know this since I spent a long time popping the gardens, and nothing killed me.

From reading the patch-notes it seems there will be good loot in the battletower. Stay tuned :)

My drake took like 40% shield dmg (15000 hp total) before i killed the commander, and went and took another 20% dmg before my tank equilised.

In stage 5 dont forget to destroy Overseer's Stash, i allways got nice loot

You'll be all time warp scrambled on this stage :

Pretty please
Ico
4:37am 2006 Thursday 28th December 2006 I destroyed the Overseer's stash and got a Neural Boost - Basic and a drone. All told, I got about 30 million in drops, 2.75 million in bounties, and 1.5 in mission reward. I did this mission a half dozen times in, say, the two month's before Revelations and I never once received a drop from the stash. So that's good.
amax
12:18am 2006 Tuesday 26th December 2006 Did the mission today, and the overseer stash dropped an Ocular Filter - Basic and a heavy drone. Not too shabby! Hope I get it again.
Twigsta
5:25am 2006 Monday 11th December 2006 The Sansha's battletower in room 4 contains loot.
bpdlr
1:51pm 2006 Sunday 3rd December 2006 I did this today, and for a start, I didn't get any respawn in the first rooms after about an hour. Also, I got the Guards in the stash room (2 x Guards, 1 x Guard Captain, plus the 2 zerkers and 2 demons) The stash itslef dropped a drone and a Social Adaptation Basic implant.
nihilist
Toronto
10:54pm 2006 Saturday 11th November 2006 Just finished the first step, I got attacked by a different set of ships.
2x Centum Juggernaut
3x Centum Beast
1x Centii Enslaver
1x Centii Plague

Will update with the other stuff as I (hopefully) complete it.
RangerZero
10:15pm 2006 Monday 6th November 2006 I have done the mission today.
No intersting loot in the bonus stage. The Stash didnÂ´t dropped a can :-(
So, it is not worth to buy a Tag for it.
devilon
6:55am 2006 Sunday 17th September 2006 I also popped the bunker and nothing was dropped. Before I did though, I flew close to see if it could be *opened* but found that it indeed could NOT be opened. I think the bonus is in the fact that between all the ships there, it's another 600,000 isk in bounties. Not worth it if you have to buy a silver tag.

Demons are the ones that will web you.
eleuthereus
9:08pm 2006 Wednesday 6th September 2006 Ok, the Bonus Room on this mission will eat you up if you are not careful. I was taken down to 10% shield on a very well tanked ferox with 11,780 shield HPS, a Dread Gurista passive mod, and a Photon Scattering Field active I (curious about how a I would do). Also, just know that in the Bonus Room, you have 2 berserkers and 2 demons that warp scramble you, so once you are there you'd better be able to take out those 4 ships or else you ain't going anywhere.

By the time I took them out with 3 heavy launchers and 2 light launchers, I was down to 10%, then I was able to clear the bigger ships and my shield started eeking upwards again. My recharge rate was around 384 secs (nothing to sneeze at).

Oh, and BTW, after all of that - the overseer's bunker dropped NOTHING when it exploded. I fear that I should have just flown up to it and opened it without blowing it up. I'll try that next time. Finally, Sansha Tag was not used up upon entrance -- good for another go.

The towers and the small frigs pretty much instantly respawn so there is not much point in attacking them.. just pop the overseer and you can use the gate to the bonus room.
Fish Mittens
7:23pm 2006 Friday 18th August 2006 The bonus room seems to have changed.. there are still the Sansha' Demon's and Berserker's but no Centatis Daemon or Centum Loyal Hellhound.

Instead I was attacked by 2 types of ship that I could not find in the NPC database... 'Sansha's Guard Captain' and 'Sansha's Guard' .. they seemed to eat through my EM and Therm armor tank in seconds and I had to warp out fast... here are some entries from my combat log

Has anybody alse seen this?