Type DeadSpace
Target Kill all NPC's
Steps 3
Mission briefing Since you found the acceleration gate in your last mission, I believe you're the most suited to take a look at what's at the other side. I've received reports of Gallente convoys traveling to and from the area you discovered, but never realized there was a connection until your discovery. So this might be a hidden base of some sort, who knows. But it's for you to find out.
When you arrive at the warp-in point after using the acceleration gate hidden inside the anomaly, I want you to neutralize any hostiles you find. I'm especially keen on finding out what these convoys have been transporting, so if you see one then destroy it. I'll send someone else to pick up the pieces after you're done, so don't leave any survivors. 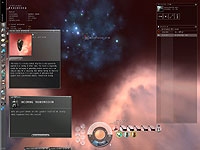 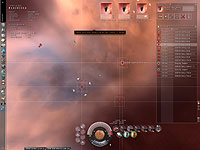 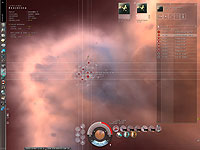 Zsinj
11:23pm 2007 Wednesday 4th April 2007 As of this post, this mission is only two rooms. The spawns that are listed for the third room now appear after all the enemies in the 2nd room are defeated in the same room.
joelarocque
Greenville, NC
3:38pm 2006 Wednesday 1st November 2006 Thankfully, a corp mate told me about this mission before it was too late for me.

I'm strictly a mission runner, until my skills are adequate to go and play with the big boys in 0.0 space. So, running missions out of Torri I have done this particular one several times. Its wasn't until my friend told me that I realized I was racking up negative standing with the Federation.

She told me that once you reached -5, or greater, standing that you cannot enter Gallente space and that, in fact, they will even shoot at you as you enter from the gate.

So this mission, along with the techno/Gallente mission, I no longer accept.

I have done it 23 times on level 3 & 18 times I looted the cargo expander that sells for over 20mill ISK. Even when I don't get that, I always get a decent expander or two, have a great set-up on the Badger Mark II as a result. Also, if you hang on to the tags, sell when you have a lot, you make goooood ISK.

See how easy it is to make a great living on a mission-running salary.

If you're going to gang it, one guy always gets warped straight into danger. The mission dictates that you fly the 100km to the gate, shoot the RS Officer & get the pass from him, but for some reason, when gang'd, this bugs out & can potentially put a gang member in danger.