Type DeadSpace
Target Kill all NPC's
Steps 3
Mission briefing Something caught my attention while you were off on your reconnaissance mission. A group of slave traders traveling through *** stumbled upon a strange anomaly that caught their attention. It's a cloud of gas that somehow acts as a shield against long-range scanners, which is probably why our surveillance forces haven't detected it yet. These slave traders couldn't scan what was inside and weren't going to take any chances by approaching the anomaly, so they left and informed the authorities.
I would like you to investigate this strange cloud, and see what's inside. I'll upload a bookmark into your journal that should send you close enough to the anomaly for your scanner to detect what's inside. If you encounter any hostiles, destroy them. Then report back to me with your findings. 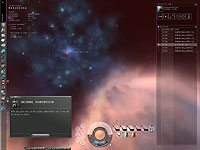 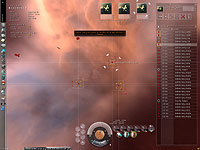 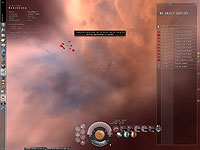 "Since you found the acceleration gate in your last mission, I believe you're the most suited to take a look at what's at the other side. I've received reports of Gallente convoys traveling to and from the area you discovered, but never realized there was a connection until your discovery. So this might be a hidden base of some sort, who knows. But it's for you to find out.
When you arrive at the warp-in point after using the acceleration gate hidden inside the anomaly, I want you to neutralize any hostiles you find. I'm especially keen on finding out what these convoys have been transporting, so if you see one then destroy it. I'll send someone else to pick up the pieces after you're done, so don't leave any survivors."