Type Kill
Target Kill all NPC's
DropOff 8 Small Sealed Cargo Containers (80.0 m3)
Steps 1
Mission briefing A convoy of smugglers was spotted in a nearby system, apparently en route straight through ***. We're pretty sure they have a stash of illegal goods on board, and we'd like you to intercept them once they make the jump into ***. If they put up a struggle then you have our permission to take them out, just make sure you grab all of the goods of interest, which will most likely be located inside secure crates, on board their ships and bring it back to us. We'll sift through the loot and confiscate the contraband. I'll upload a bookmark into your NeoCom once they're out of warp, ***, that should lead you directly to them. 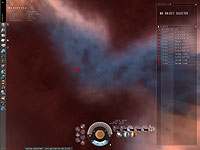 A convoy was spotted in a nearby system, apparently en route straight through xxxx. This is a perfect chance for you to show us what you're worth. This convoy comes with a fairly large escort, but I'm pretty sure you have the firepower to take them out. I want you to intercept the convoy after it makes the jump into xxxx; Destroy the ships if they don't surrender their goods, and bring anything you can salvage back to me. I'll split the loot. Sounds fair eh?

This mission is now a 2 stage complex...

Holoreels drop from the Pithatis Assaulter, loot is pitiful and NO structures contain loot.

No aggro on warp in, tho on both levels the whole spawn aggro'd upon engagement. Killers and Murderers on second stage like to target jam a lot! :