Type DeadSpace
Target Kill all NPC's
DropOff 5 Prisoners (5.0 m3)
Steps 2
Mission briefing I just received an anonymous transmission asking me to send you specifically to a meeting place in ***. It also said that the person you are to meet there has information that could be vital to our investigation of the disappearance of our CEO's niece. I'm reluctant to send you, as this may be a trap, but I really have no choice. If I send someone else I could be compromising the investigation. So I ask you, please head out to the bookmarked location which was given to me through the anonymous transmission. Upload anything said to you and save it into your ships database, return with it to me. 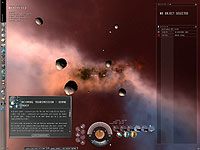 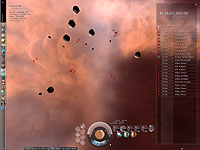 
galeb
0.0.0
12:13pm 2007 Saturday 17th February 2007 Well i just had this one and this time it was Blood Raiders and not Guristas. Also, envoy was from Darkonnen faction and he had 2 OVerlords with him.
lynxair
9:29pm 2007 Wednesday 7th February 2007 Unless I'm missing something you don't seem to be needing to kill the poor bugger (envoy that is). When I warped in, he was ~100K away and not showing any hostile signs. In fact, if you bother reading the pop-up it tells you that the gate is unlocked (it is) and you sorta welcome to go and kill the evil Guristas... I went had a look at them, thought about 250K bounty, came back and killed the bastard : He didn't drop anything fancy though - just a history of Komni - no market value though :?
Ashurn
11:28am 2006 Monday 11th December 2006 I also found the Envoy to be easier than last time. I remember meeting a lone Envoy a week ago.

It was a Scorpion class Battleship with 1.3 million bounty on it. My Drake couldn't even dent its shield. :P

But I guess CCP lowered the difficulty since the new Envoy is only tagged with 250k of bounty as well as having 2 bodyguards. As well as being a lot easier. I chewed and spat him out in under 3 minutes.
Stinkdier
10:21am 2006 Monday 4th December 2006 the envoy dropped a Neural Boost Standard yesterday :D
prokonsul_piotrus
7:03am 2006 Thursday 23rd November 2006 I heard that the BB in the first stage can have very good loot, but it's not always the case - anybody can offer some estimates on that?
Rooker
4:17pm 2006 Sunday 12th November 2006 I also got Blood Raiders in that 2nd room. The resists for going against them are EM and thermal.

Also, the 2nd gate is open already and you don't have to take on the battleship in the first room. He has a nice 250K bounty, but you can ignore him if you don't want to mess with him.
sollz
7:01am 2006 Wednesday 4th October 2006 2nd stage change

Did it with an active thermal hardener. Passive kinetic and thermal.
Used thermal ammo. Killed the 2 cruisers, warped out came back and got the BB.

Nothing great for loot. A couple large items.
rexregum
5:35pm 2006 Friday 15th September 2006 I've encountered a version of this mission where the second stage is made up entirely of Blood Raiders. The first stage is still the same, I think. I can't provide a list at present, but be warned. Just stock up as per Intercept the Saboteurs...