Type DeadSpace
Target Kill all NPC's
DropOff 1 Prisoners (1.0 m3)
Steps 2
Mission briefing We need urgent help with intercepting a group of vile kidnappers who just managed to snatch the niece of our CEO while she was visiting her uncle in this very system. We believe the perpetrators were a gang of mercenaries led by a felon working for the illegal organization, the Komni Corporation. I'll fill you in on the details of that organization in your mission journal.

What I need you to do is capture this agent of theirs, alive if possible. We must have him here for interrogation, as we suspect he is the missing link between the kidnapping and those who are truly responsible for this heinous crime. We need to get to the bottom of which organization stands behind these grave assaults against our people. And it so happens that we know the whereabouts of a certain pirate who has had many dealings with this Komni agent in the past, who we hope will be able to lead you to him. The only catch is he will most likely require a bit of 'convincing' on your part before he parts with
the needed information. I'll upload the bookmark to his location into your NeoCom, once you have extracted the information from the middleman then I expect you to find the Komni agent and bring him back to me. 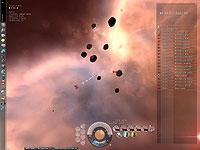 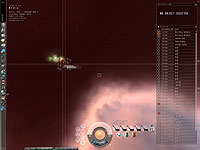