Type Kill
Target Destroy all NPC's
Steps 3
Mission briefing We have an unfortunate situation on our hands. One of our officers has apparently been targeted by a Mordu's assassination squad. We aren't sure who hired them, but we suspect that it's an internal dispute, i.e. they were hired by someone inside the Amarr Empire. We need the bounty hunters eliminated ASAP, before they are able to do any permanent damage. We would rather that the Amarr Empire's good relationship with the Mordus Legion will not be tainted by this incident, so keep it clean and leave no evidence of the battle behind if possible. The Mordus Legion are a powerful mercenary organization that we sometimes rely on, but obviously that does not deter all of their members from targeting our people if the price is right... 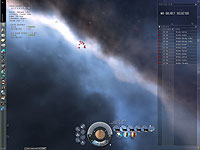 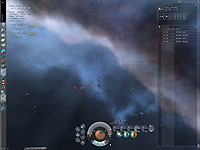 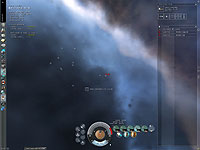 Mangrasky
12:07am 2007 Wednesday 14th March 2007 Tried it out and best is to attack a Bounty Hunter as first enemy, then you split the stage. There are 2 Bounty Hunters in this 2nd stage, both do scrambling and jamming, so killing both of them as first will put you to the safe side.
Kaljostro
11:25pm 2006 Friday 15th December 2006 Found this mission to be rather easy. Done in a Megathron: 2nd Stage warp in, flew away from the hordes (had no insta aggro although only 30km away) and shot them from >55km. First enemy i shot was a Bounty Hunter, only triggered about a third of all enemies. My next attack resulted in a stagepull, was easy nevertheless (1xpassive adaptive hardener, 2xactive hardeners, LAR II), but as nardaq mentioned earlier i believe there is a way to divide the forces.

The first time i did this mission i was in a Dominix + a friend in Raven, was hard as we attacked multiple spawns at once (although it all looks like on single spawn - it isn't) - that's a big no-no! Just pick one enemy first (preferably a Bounty Hunter) and stay away from them, if possible use an AB.

[Edit]
Shooting the bounty hunters first seems to aggro the whole stage. Dunno which ship i shot at first, perhaps it was a Bobcat.


BarbequedIguana
4:19am 2006 Saturday 9th December 2006 This is a much bigger and harder mission now. 2 rooms, room 1 has 26 hostiles, you can take them in groups, room 2 has about 31 hostiles, most of which immediately agro and frigate swamp you. Once all of them are gone another 5 cruisers warp in. 3 Mordus Leopards and 2 Lions.
Rooker
7:05am 2006 Sunday 26th November 2006 lol please put up a warning in the DB about there being a much harder version. I got all cocky after BBQing the first stage, went into the 2nd stage and almost didn't make it out. I had to yell for help in local. :
nardaq
8:50pm 2006 Wednesday 15th November 2006 to clear this spawn, u can kill them in groups according the numbers so u dont have all the rats on your head :)

I can promise nothing, this i've figure out so far. HF!

Briefing:
One of our patrols spotted a Mordu's Legion strike force not far from here. We're not certain about their intentions,
but we'd like you to take them out just incase. Those damned Mordu's assassination squads have been known to
murder our members in the past, so we keep a good eye on them. We know their exact location this time, and I'd like you to
take them out before they know what hit them. I'm counting you on you

Just a word of warning though, these Mordus goons are no laughing matter. Don't underestimate them.

Objektives:
One of our patrols spotted a Mordu's Legion strike force not far from here. We have intel that
they will try a assassination attempt on one of our high-ranking members. We canÂ´t let this
happen, so destroy them all and make sure no one survives. Just a word of warning though,
these Mordus goons are no laughing matter. Don't underestimate them. :
(kill all)

Damagetypes are same as in old version.

2nd stage you should fly aligned to warp out fast when its getting too hot. 1st take down the Lions and Bounty Hunters (Webber) then go on with the Leopards and Pumas. Best choice is to take some Drones with you for the Frigs otherwise you should take down a few if you have time between killing the real damage dealers (Lion, Leopard, Puma). If these are down it isnt very difficult yet.

greets Mabari
RangerZero
4:51pm 2006 Thursday 5th October 2006 The mission is now much more harder.
But for that, there is no interesting loot dropping.
Par'Gellen
4:57am 2006 Thursday 5th October 2006 Yep, this mission is now completely different from the one listed in the Mission DB. It's a LOT harder!
Tattoo Face
6:23am 2006 Friday 1st September 2006 Well, it no longer appears that the second part is voluntary as it did not say the mission was complete after finishing the first part. I also checked this with my agent when I returned to station to regenerate my armour and hull after they all attacked!! I now remember that last time I did the second part (before it was compulsary) I actually took out the big guns first and they stayed in their groups throughout - Why did I just attack a Bobcat first and split them all up!!

Having taken out the Lions and Leopards first on my return (without any other hastle), it came up Objective completed. I then attacked the Katanas and Bounty Hunters followed by the Sabres and Pumas. This was all going well until one of my moronic drones attacked something else and the rest all attacked (and killed the daft drone!) - but at least most of the strength had gone by then.
NeutrinoSunset
2:14am 2006 Monday 21st August 2006 Just done the hard version today in a Ruppy. There's loot in one of the Small Armouries and one of the Assembly Plants, but its all rubbish just missiles and hybrid charges don't waste your time.
Dahak
6:14am 2006 Sunday 20th August 2006 I lost my first BC to the new version.

Suffice to say when my corpmate told me he'd done it in a cruiser before, I cried foul.

Then I learned about this half/half system CCP has until....three days from now.

So, it'd be safe to update to the new/ungodly hard version, as it will be the only version in a few days.
Dazzy_G
6:07pm 2006 Monday 31st July 2006 i got the unchanged version today so im alright then.
MrGypsy
9:38pm 2006 Saturday 15th July 2006 I was able to split the 2nd area massive spawn into smaller groups...I first took out the little guys since they're quick - Katanas/Bounty Hunters (some or all of the real little guys too). I had to warp off after this and then came back.
As far as the big guys, attack the Bobcats first, they stick together and wont draw the others. Then the Lions/Leopards are together. Finally the Pumas.

This mission sucked lol...but I like completing stuff even if it's a time waster.
Irdirid
Saint-Petersburg
7:28pm 2006 Saturday 15th July 2006 I'll see if I can post a pic of the new mission, but appears to be the hardest L3 out there now.Throm

:
Throm
6:33pm 2006 Saturday 15th July 2006 Whoa, this mission *has* changed. From what I've heard, there appear to be two copies of it - one that is the same as the old mission, and one that is much, much harder where all the things in the old mission appear (and agro) at once, and then you jump through a gate to see twice as many cruisers and BCs. I'll see if I can post a pic of the new mission, but appears to be the hardest L3 out there now.
BarmaLINI
4:09am 2006 Wednesday 12th July 2006 Also, i`m not a rookie :)) How can i change it in this forum?konung
this is automate ranking :)
you have only 4 posts :
konung
2:14am 2006 Wednesday 12th July 2006 The mission is unchanged.