Type DeadSpace
Target Destroy all NPC's
Steps 6
Mission briefing We've been gathering information from our numerous agents within the Guristas to prepare ourselves for a possible attack on our assets. So far we've found out that they are planning a major offensive against a target within *** today. The target still remains unknown to us, but we have managed to discover the meeting point of some of their forces. I want you to gather all the help you can muster and fly out to the meeting points and deliver a devastating blow to their fleet. That should deter them from any attack inside ***, and send them a message they won't forget.

Just don't forget what you're up against. We have no idea how many ships are out there, all we know is where 5 of their rendezvous points are. Destroy any and all targets you can find there, then report back to me. If there's too many of em out there, then get some help, I'm sure some of our other agents in the vicinity would be willing to give you a hand. 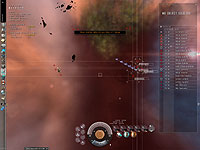 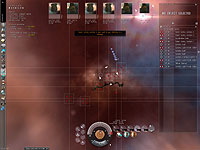 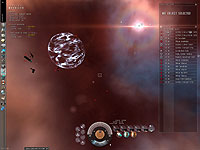 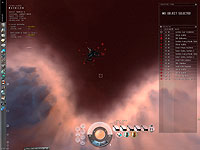 Decent loots, including a standard arbalest missile launcher along the way.

Boss gave me a Rogue CY-1 implant (3% ship velocity) and some other junk.

its still up in the air on the war installation in our corp, sometimes you have a chance of faction stuff though


XennDC
12:32am 2006 Thursday 9th November 2006 Sixth part is a waste of time. Total cash earned on drops for sixth part was about 450k, including war installation drops (mostly ammo and guns/launchers). Took about 600 wrath cruise missiles to blow up war installation. Got the tag from Guristas extravaganze lvl4 mission as far as I can recall. Doesn't seem worth it.
Mistoffeles
10:02pm 2006 Sunday 17th September 2006 Here's a good Megathron loadout for this mission, I prefer to use cruiser railguns as they have better tracking so they hit more often and harder.

Mid slots:
1x 100mn Afterburner or variant (watever you have the skills/ISK for)
3x Cap Recharger or variant (replace 1 with a webber if you want)

Don't forget to turn the armor hardeners on when your shields get low.

Mistoffeles
7:00pm 2006 Sunday 17th September 2006 hi, do anybody knows if there is any loot in the gurista war installation? because i dont wont to waste 2000 cruise missiles for nothing^^


Complete waste of time and ammo to destroy this.
Sam.
3:02am 2006 Sunday 10th September 2006 hi, do anybody knows if there is any loot in the gurista war installation? because i dont wont to waste 2000 cruise missiles for nothing^^

No idea where you get that
kingdoc
upstate ny
10:44pm 2006 Monday 24th July 2006 Do you need a tag or somthing to enter the 6th room like in angel extravaganza?