Type Kill
Target Destroy all NPC's
Steps 5
Mission briefing We received a report just a couple hours ago from our secret agents that revealed plans by our enemies to make a sneak attack against us in this very system! We believe this plan will take effect in a matter of minutes, as our surveillance teams have spotted a number of their ships mobilizing inside ***. I personally received a message from our esteemed CEO, Mininela Erinen, to send my most trusted contacts against these scoundrels, and so I ask you ***, are you up to it? All I need you to do is fly over to 5 locations and destroy all of the hostile ships you encounter, my other clients will take care of the rest. This will hopefully deter them from any further mobilization within ***. 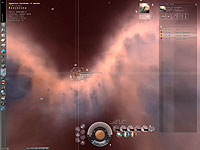 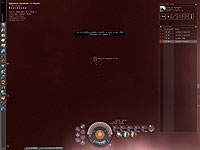 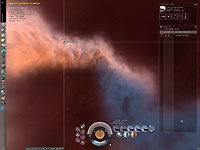 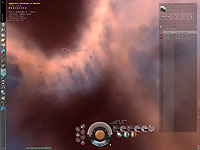 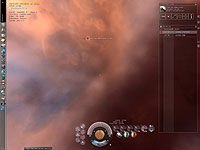 
epaistete
9:50pm 2007 Sunday 15th April 2007 you do get over 100 salvage items
forester pete
1:29am 2007 Sunday 14th January 2007 Just did my third level 3 mission and got this one for the second time. Never any real threat to the ship (Brutix) ang got a total income of just over 9m at best prices. Loot and salvage was 6.5 mil alone. I did destroy the starbase structures which had some salvage but did not bother with the war structure.
XennDC
11:26pm 2006 Friday 29th December 2006 Ok, got it again. Forgot to mention last time that it was from a lvl3 qual 19 so cash reward alone is 1.575 mill. incl that total for this mission was 13.5 Mill. That included XR-3200 heavy, Malkuth heavy and a Arby standard =)

I'd put the average mission payout (using qual 19) at over 5 mill..

oh yes, and didn't bother blowing up any structures..

There were 57 NPC ships, with a total bounty of 2,52,0197 ISK. Mission bonus brought that up to just over 3.8mil ISK. Loot wasn't great, about 250 cubic meters of tech 1 stuff, almost all of which got melted. Salvage was about average. I found the following after salvaging all the wrecks:

That's a pretty good haul for what turns out to be like 45 minutes work.

On top of that, I'd have to say this is probably one of the easiest level 3 missions you can do, from a risk/reward perspective. I've done it a few times in my Drake, since Revelations came out. I find myself hovering at the beacon after warp-in, drawing the NPCs close in, tanking them and then killing them one by one. It makes the wrecks bunch up, which makes salvaging go faster. But at no time was I ever in any real danger, even in the third area when the two BC and cruiser spawns were on top of me at the same time.

There's no reason whatsoever not to do this mission. It's a milk run.


XennDC
11:22pm 2006 Wednesday 27th December 2006 Also got the 3 part version with a big 3rd part. 4.5 mill total cash from this mission. 2 mill was bounty. Didn't blow up any structures. Worth doing for that if you're not risking your ship imo...
Mad Jock
Scotland
1:57pm 2006 Saturday 4th November 2006 I did this mission in a Scorpion fitted with just 4 Heavy launchers (2 tractor beams to collect loot) and 5 vespa's and completed it without too much difficulty. The last part was definately the hardest tho.

Loot wise it may not be the best, but I did get an Arbalest standard missile launcher which arn't that cheap.

Here are (if I can get it to work), images of the baddie list in the second and third areas.

You can see half the spawn aggroing... the other half also aggroed as a group.

I fought all the frigs at once, then about half the rest, then the BCs and the few remaining cruisers.


My T2-equipped rail Brutix had zero difficulty with it. I agree the loot was crap, but the bounties add up to 2M or so, quite aside from the rewards from the agent.
SSgt_Sniper
11:03pm 2006 Saturday 21st October 2006 It does drop crappy loot, but with all the BC's in the Serpentis version I made okay money (after I got over being warp scrambled at the entry point by a frigate). Someone should update and post variations (Serpentis) to it as well.
eleuthereus
8:29pm 2006 Thursday 7th September 2006 DO NOT - repeat - DO NOT do this stupid mission. This is one big waste of time. It is very different, BTW, from the description in DB.

It is in 3 stages (mine was in Amarr space and was against Serpentis/Coreli/Corelum rather than Gurista, so use therm/kinetic protection and deal out pure kinetic dmg)

And as for the "WAR INSTALLATION" in the pocket - it took me 40 minutes of constant barrage of 5 heavy launchers and two medium raisl with antimatter to blow (heavies doing 228 DMG and rails hitting for between 90-150). After all of that the structure drops -- drum roll plz ------

And in the last and "hardest" stage, the LCO Pleasure Hub cannot be blown up. It takes 0.0 DMG from all missiles and turrets. So much for getting any nice drops from that.

I will never do this mission again. Takes quite a while because they put the warp gates far from your warp in point and some of those cruisers and BC have a fairly nice tank -- WASTE OF TIME. Skip and do something else - my goodness, mining veldspar would even be more profitable.

eleuthereus
Unholy Qabalist (Bfz)
10:13pm 2006 Sunday 27th August 2006 yes the mission database is way off on this one, aside from being a MUCH heavier spawn, there are several structures in the second gate that have the possibility of dropping alittle loot, the major starship arrays in perticular


THIS JUST IN, the largest structure in the second area, the War Installation, drops loot.. took me forever to blow it up.. but i did and it dropped.. loot was several collections of heavy missile and a medium hull rep
pabich
1:22pm 2006 Tuesday 22nd August 2006 I have now collected some Data about the last stage:

Spawn 3:
1 Pithatis Executor
2 Pithatis Enforcer
3 Pithum Annihilator
2 Pithum Nullifier
Dahak
6:03am 2006 Sunday 20th August 2006 I expect that after the Dragon patch in a couple days, these missions should settle down somewhat. Just a couple hours ago I went on a Mordus Headhunters with a friend, one of those pathetic ones where 3 frigates at a time warp in on you.

But whenever I do it I go to a deadspace and find 2 huge blobs.

(Last spawn group in step 3 is 8 cruisers, about 900k ISK bounty. 3 or more battlecruisers in the group)

Other groups included many Pithi Annihilators, Nullifiers, Silencers, Infernos and Ascribers plus frigates (most frigates were cake)
Faighn
7:18am 2006 Thursday 27th July 2006 Yeah, I've had the same thing...
After getting through the first gate and dealing with everything, the bounties had scrolled off the bottom of my wallet...
Rass Tschubai
1:47am 2006 Tuesday 25th July 2006 I made this mission and it differs completly as described.

1 Stage at least 7 enemies
2 Stage full of Frigs and Cruisers, did not count them, guess 4 times as much
3 Stage the hardest one. About 7 Frigs and 14 Cruisers and 3 Battlecruiser. The 3 Battlecruisers have Bounty > 130k
they encounter in 2 groups. First groupe of Frigs and 8 Cruisers
2 groupe 3 BC and 6 Cruisers


Next time I get this mission I trie to make screenshots.